Transactional Analysis (TA) is a theory of personality and behaviour which helps us understand the psychological make-up of individuals. It was formulated by an American Psychiatrist Eric Berne in 1958. Berne observed that as you watch and listen to people you can see them change before your eyes. There are simultaneous changes in facial expression, vocabulary, gestures, posture and body functions. He realised the existence of ego states when he made an interesting observation in a client. In a session, at times his client had the voice and manner of a small child and suddenly she would transform to a self-righteous parent who was critical and dogmatic in her manner. There were also moments when she sounded like a grown-up woman who reasoned her situation logically.

This lead to a study which interpreted the above observation as follows — within each one of us lies our our own parents, our versions of ourselves when we were children and an adult which has been developing all along in response to the current reality.

These three states of being are psychological realities — the Parent Ego State, the Adult Ego State and the Child Ego State. In this context, ‘Ego’ does not mean what it usually does in our day-to-day life (that is self-importance). An Ego State is a state of being that the person experiences at a given point of time.

The Parent Ego State Is a set of feelings, attitudes and behaviours taken from the parents and other significant parental figures in the environment. The parent is a huge collection of recordings in the brain as perceived by the person in roughly first five years of his life. Everything the child saw his parents say or do is recorded in the parent. This data is taken in directly without any editing or questioning. So parental prejudices, preferences, decisions are taken into the child’s belief system and sit in a state of being called the Parent.

If parents, amongst themselves, don’t have consistent views then the recordings in the child are weakened leading to a fragmented parent. In this case, since the data recorded from both parents is not in harmony, it doesn’t prove to be a strong positive influence in the child’s life. There is more confusion rather than a strong sense of direction.

These recordings are not just from parents. The parent ego state also has information learnt from older siblings, teachers and other figures of authority. Much of the parent data appears in the ‘how to’ category. Basically, how to make a meal, how to respond to people, how to shake hands, etc. The parent ego state contains thousands of rules, most fortified with never and always.

A person whose early instructions were accompanied by stern intensity may find it more difficult to examine the old ways and hang onto them long after they are useful, having developed a compulsion to do it ‘this way or no other way’ -Thomas Harris, Psychiatrist Exercise : Think of one behaviour you have in response to a given situation that exactly matches either of your parents. For example: If one of your parents habitually reprimanded offenders in a loud voice, in a similar situation would you do the same? If so, then that is an example of your Parent Ego State.

The response has been swallowed without questioning its usefulness in the current day situation. The Child Ego state Is the archaic feelings, attitudes and behaviours which are remnants of the person’s past. While external events are being recorded as the body of data called The Parent, the internal events (responses of the little person to what he sees and hears) are recorded in The Child. Since the little child does not really have a developed vocabulary most of his early experiences are recorded as feelings.

In Adulthood, when the person is faced with difficult situations it could transport him back to his childhood feelings of frustration, anger or rejection as the child in him replays repressed emotions. The people around have changed but the feelings of helplessness, anger and disappointment are the same. It’s a play out of old feelings that were imbibed during development.

The child also has happy emotions recorded — like the first time he played in mud, got wet in the rain, cuddled a pet, etc. Creativity and curiosity both come from the child in us.

Exercise : Recall a situation where you responded just the way you would when you were a little child. For example: In childhood, when your parents scolded you, would you sulk for hours because you didn’t have permission to express your anger at them? Or, would you shout back at them? Either way, is this the same way you respond when you get angry with others today? If so, this is an example of your Child Ego State.

The Adult Ego State is the set of feelings, attitudes and behaviours that are in direct response to the here-and-now reality. Responses are not based on the past. The Adult state of being is attentive to the present, evaluates pros-and-cons, gathers data, asks questions, clarifies, reasons logically and takes responsibility. This ego state starts developing at the age of ten months.

Under excessive stress, the Adult might get impaired and not be able to function normally. The boundaries between Parent, Adult and Child Ego states are fragile. In the event of bad news, the Adult might get overwhelmed enough to quit being a problem-solver and become a mere onlooker. Like a muscle in the body, the Adult grows and develops through training and use. The Adult function develops best through self-work and introspection.

Exercise : Think of a situation you handled without prejudice or baggage. A decision you made logically with an open mind. This is an example of using your adult function. It’s a response which could be different from from how your parents would have responded in a similar situation. It’s also different from how the child in you would have dealt with it.

Decisions taken from the Adult are usually beneficial in problem-solving. For example: When somebody is angry with you, instead of teaching them a lesson (Parent Ego state) or crying (Child Ego State), you ask the person what he needs from you (Adult Ego State).

For healthy living we need all Ego states. The goal is not to do away with the Parent and Child but to examine these bodies of data. -Eric Berne, Psychiatrist

The above theory can help us make some interesting observations about ourselves. When someone comes knocking at the front door of life, who responds first? The Parent, the Adult or the Child?

Life Script — The end is written in the beginning » 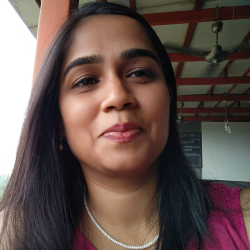